The world is the canvas for the New Age bride and she is experimenting more with colours and cuts that would have once been a strict no-no. Keeping in mind the upcoming season of grand weddings, the big daddies of fashion have gone into experiment mode to morph bridalwear into cutting-edge fashion statements. So get ready for eye-poppers like white bridal lehengas, intricate kurtas worn over skirts, ruffled cholis and blouses.

Here’s what the top designers have to offer:

On the other hand, would-be grooms can look forward to long flowing kurtas teamed with jackets of varying lengths teamed with caps.

Bollywood’s darling designer’s collection is targetted at the neo-bride who loves to mix tradition with contemporary. While classic bridal hues rule the line, Malhotra breaks away from the usual colour palette to more muted tones. He has wide variations for a high-octane cocktail to wedding reception – ruffled gowns, billowy lehengas and voluminous skirts in silk organza, satin-velvet and silk- tulle. Grooms-to-be can opt for structured sherwanis and fluid kurtas. 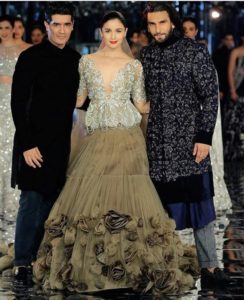 Bal’s opulent ‘Khush-Posh’ line is an effort to revive heritage pieces from the Mughal costumes. Classic zari embroidery with stunning motifs like peacocks and florals is the hallmark of his line. Think floor-sweeping anarkalis and velvet jackets teamed with ornate lehengas. 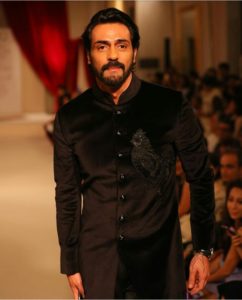 Wow trend: Cape sleeves are all the rage this season and the designer has capes teamed with flowing lehengas. He has introduced the cock motif which is embroidered on men’s jackets and sherwanis.

Understated opulence is his buzzword. With Persian and Roman architecture as the inspiration, intricate mosaic patterns, chevrons and spandrels features in his bridal line. And yes, he has ensured that the pieces are not only comfortable but can be washed and worn again. If you want a hint of fusion, look no further than scallop cape with gypsy lehenga, jumper with long kurta and French knot cape with sari and angrakha style kurtas. 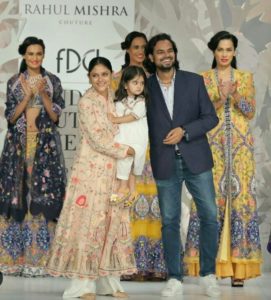 Wow trend: A champion of sustainable fashion, Mishra has set a new trend of light-weight fabrics that can be easily washed. 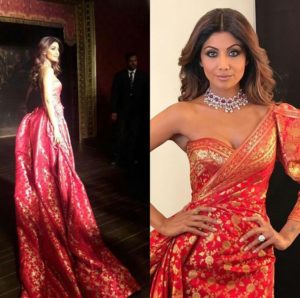 Wow trend: Wedding-wear is not restricted to ornate lehengas and cholis. Include peppy evening dresses which you can wear on the cocktail night.

Bahl’s bride is not coy but a non-conformist. His inspiration is Art Nouveau and Art Deco in pastel colours and intricate embroidery. The designer has played with his signature elements like curvi-linear patterns, asymmetrical lines and floral motifs in a colour palette of ivory, pale pink, peach, burnt orange, pistachio and red. If for the bride he has draped saris and lehengas, Bahl’s menswear has long and short bandhgala jackets and sherwanis with draped dupattas. 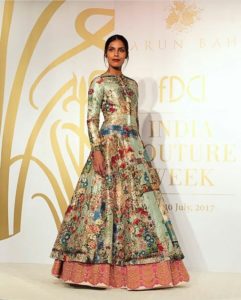 So if you still think that lehenga and cholis are the bridal-uniforms, it’s time for an update.

Sushmita Biswas, is a journalism professional with 15 years of work experience in Indian media houses including The Telegraph and Hindustan Times. Have commendable reporting and editorial skills on varied subjects like films, fashion, health, beauty, lifestyle, culture, travel and entertainment.