Arun Kumar HG was born in 1968 in Karnataka, and completed his MFA (Sculpture), from the Faculty of Fine Arts, MS University of Baroda.

Arun Kumar’s use of readymade objects such as toys, plastic, ceramics, cow dung, hay and TV monitors gives us a glimpse of his susceptibility towards the neo-pop movement. His toy-like, yet intricate sculptural works often convey a simple message. Sometimes, Arun Kumar switches the dynamics of this relationship, creating works that physically appear basic, but convey a complex message quite contrary to their appearance.

At a glance, the artist’s colourful imagery, illusive and sometimes even exotic, may confuse the viewer. But once the sources of his inspiration are revealed and understood, their multi-layered associations become clear. In his recent series of works titled ‘Feed’, the artist seems simultaneously disturbed and amused by contemporary market forces, the acts of production and consumption, and the haphazard disposal of mass-produced goods.

Arun Kumar HG lives and works in New Delhi. Some of his previous works include photographs, and inflatable sculptures made of canvas, latex, synthetic fur, rubber, foam and fibreglass. His solo shows include ‘Feed’ at Nature Morte, New Delhi and Sakshi Gallery, Mumbai, 2006; ‘Inflatable works’, at Nature Morte, New Delhi, 2001; and Studio Gallery, Garhi Artist Studio, New Delhi, 1997. Arun Kumar is also an active member of Khoj Artist Collective, a contemporary art organisation that facilitates international art dialogue and artist exchange, and has completed residences at Jawaharlal Nehru University, New Delhi, in 2005, and the University of South Australia, Adelaide, in 2007. The artist lives and works in Gurgaon, Haryana. 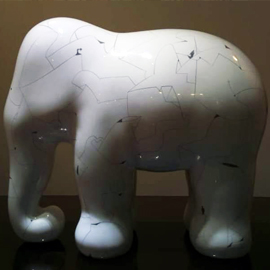