Arzan Khambatta is “an architect by profession and a sculptor by choice”. Encouraged by his parents, he started sculpting the very next day after giving his Class X exams. He would scout the streets, garages, construction sites for scrap metal, collect the same and weld them into pieces of art he fondly christened “SCRAPTURES”, a word that has become synonymous with Arzan. He got his first public response in 1993 when he opened SCRAPTURES to the public at the Jehangir Art Gallery. There was no looking back after that.

Commissioned works started pouring in, the first one being the MOGHUL outside the jewel of India, at the Nehru Centre commissioned by Noshir Talati in 1989. Now Khambatta’s works are found in corporate houses, hotels, and private collections around the world and range from six inches to seventy feet in height, the most prominent ones being the dolphins at Worli and the Ceat ‘rhino’, at the Nariman point.

Besides sculpting and film making, Arzan dabbles in a number of activities namely designing props and sets for experimental plays, designing and making trophies, he is an avid Iyengar yoga practitioner, loves travelling abroad, and extensively by road in India, he loves food, friends and family, he teaches sculpture and creativity to kids at his studio, he cycles extensively and is currently solving a jigsaw puzzle that has eighteen thousand pieces.

A large part of his time he spends with imparting his craft to children from all strata of society. Be it the IB schools or the NGO children from slums and the streets of Bombay. He is passionate about his work and takes up challenges which defy his own creativity. His favourite saying is” THE IMPOSSIBLE JUST TAKES A LITTLE LONGER”. 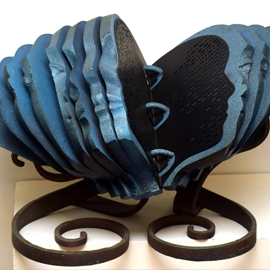 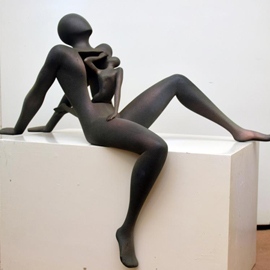 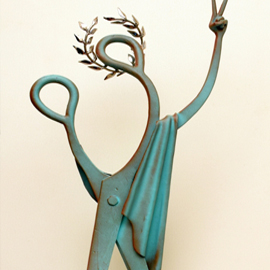