From Modesty to Style Statement: The Indian Saree Blouse finally

The revolutionary comeback of the Saree into the Indian runway initiated by Sabyasachi Mukherjee a decade ago, gave the blouse a position of prime importance in today’s wardrobe. His exquisitely made, well-fitted blouses of heirloom legacy created a milestone in the Indian Fashion. His inspirations for the blouses ranged from the British Era to the broad striped knitted contemporary crop tops. It didn’t take long for Sabya to develop his signature blouses that covered the modesty a little too much. Elegance and sophistication were redefined in these designer blouses, which inspired mass knock-offs. 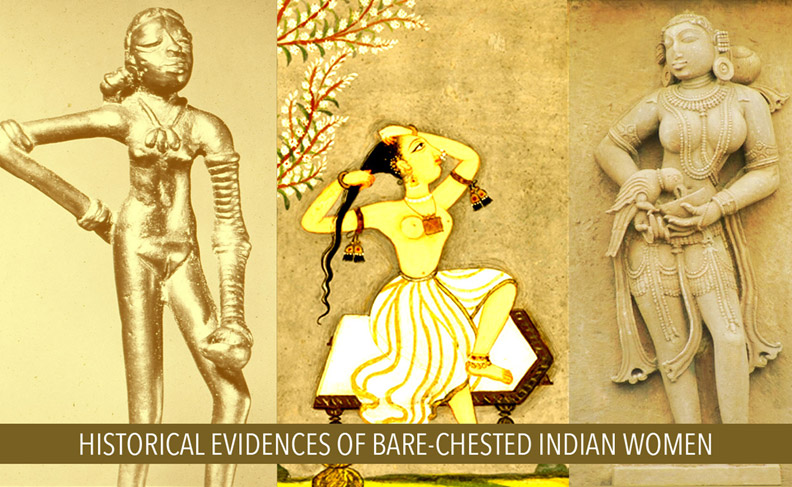 Historians find Indian women to be quite bold in their dressing. The famous bronze dancing girl of Moden-jo-Daro shows her with uncovered breasts. Sculptures from Ajanta-Ellora caves and South Indian temples show bare-chested women. However, some statues from 300 BC of the Mauriyan and Sunga period show a thin breast band. During the 16-17th century, the Muslim invaders introduced covered clothes for Indian Muslim women. Women in Bengal, however, remained bare-chested well into the Victorian period. Can we then assume the lesson of modesty to cover one’s breast under a saree, came to us from the British?

The word ‘blouse’ came into the Indian vocabulary during the Victorian Era, holding the hands of the British. Today it is a synonym to a silhouette, which is quintessentially Indian. Indian women before the British Raj usually draped the saree on their bare body. The blouse or petticoat was not worn underneath by women of villages as well as that of the Zamindar families. The fashion icon who brought the blouse into the lives of Bengali women was Gyanadanandini, the wife of Satyandranath Tagore who had accompanied him to London. It is believed that she would drape her saree along with ‘English Blouses’ with so much élan that her style was even copied by British women as draped gowns.

Following her lead, women in Bengal started wearing sarees on chemise. I have seen my grandmother wear one. The chemise was a loose-fitted shift dress on which the saree was worn. It worked both as a blouse and petticoat. The contemporary style of a Bengali saree, with pleats tucked in the front, was adopted from the Parsi women by Gyanadanandini, during her stay in Bombay. She introduced it to the Tagore family. Soon it became the iconic ‘Thakurbariror Brahma-Samaj’ style. With this, Gyanadanandini introduced full sleeved blouses edged at the neck and sleeve hem with frills. The progressive women of Thakurbari had a strong influence of the Brahma culture in their fashion as well. They were instrumental in bringing the change from Ekpechi style of draping a saree to the present concept. They introduced many design variations of the blouse. Bows, laces and frills were generously used. The midriff was essentially covered. While the upper strata kept themselves well covered the lower strata went liberal.

It was not until the 1960s that shorter saree blouses were worn that sported the midriff. Cinema has always had a great influence on our lives and clothes. Some iconic actress of Bollywood gave us a few trend-setting saree blouses, which are as follows: 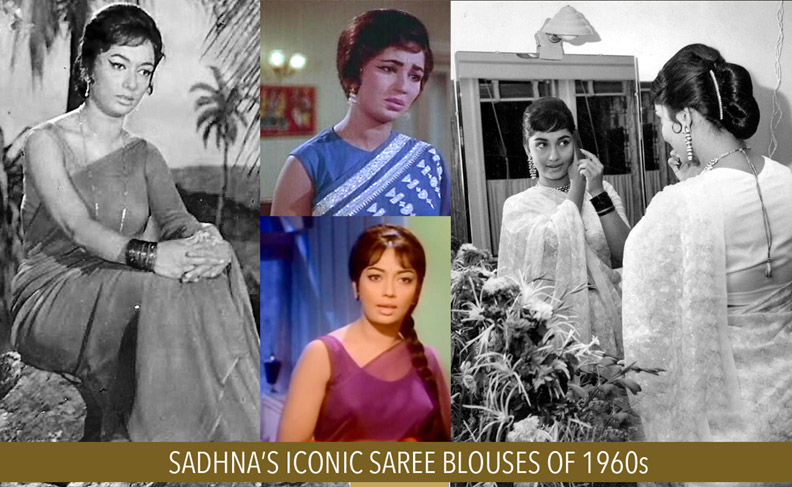 Sadhna was an icon of style for the 1960s and had many fashion followers. Her high-back, long-sleeved blouse along with the sleeveless ones were copied by her fans. She introduced the jewel neck sleeveless blouse. Since undergarments were meant to have conical cups, most blouses of the ’60s flaunted the crisp conical look. 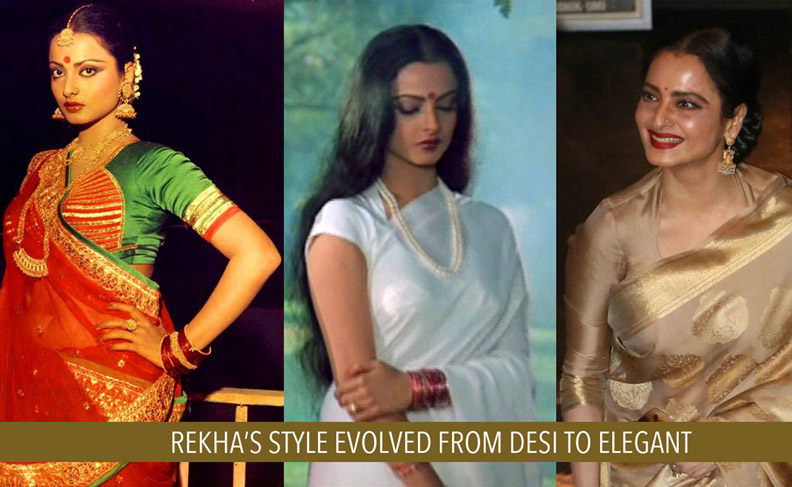 Rekha gave us the famous ‘Magyar’ sleeved blouse in the film ‘Silsila’. Her most famous style was, however, the ‘Contrast Katori’ blouse which we see in her earlier movies, where the cups had a contrast color. With time she evolved as an actress and flaunted the elegant ‘air hostess’ style which many other actresses in the mid-seventies followed. 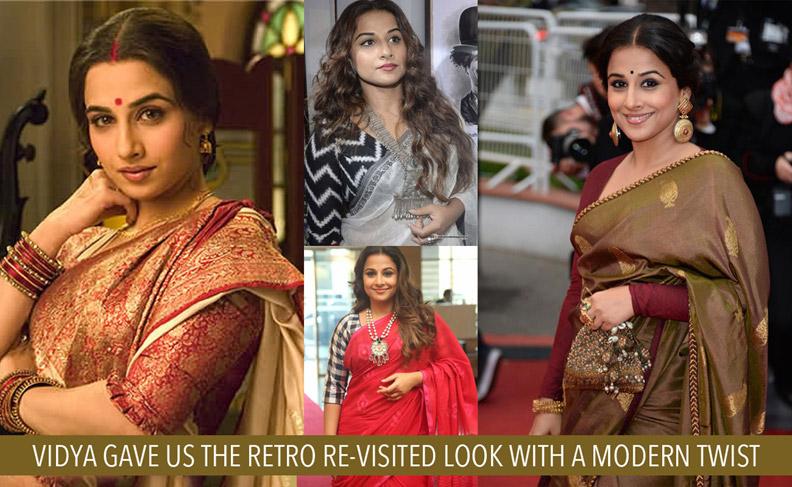 Vidya Balan brought back traditional handloom sarees into fashion. Holding the hands of designer Sabyasachi Mukherjee she gave us the best of vintage style in blouses. In ‘Parineeta’, we get the glimpse of ‘Thakurbari’ style. Vidya’s contrast blouses, be it plain, printed or Ikat blouses are now a rave. Her full-sleeved blouses by Sabya have become iconic. 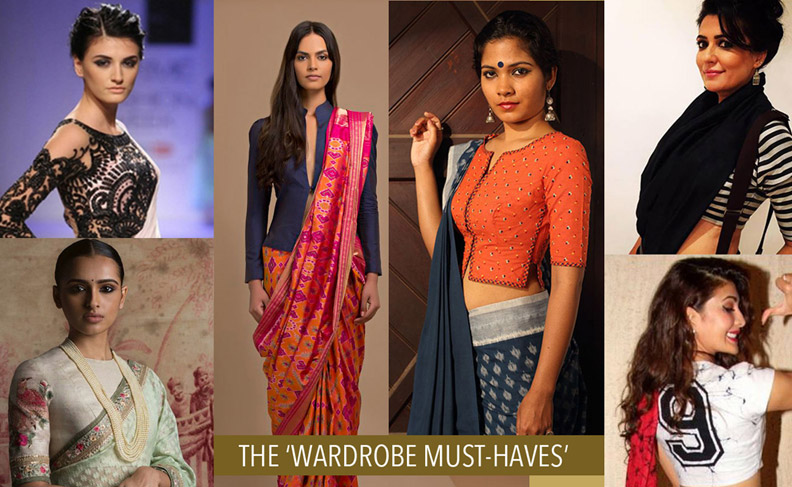 The blouse now is certainly not just a companion of a saree but a style statement of its own. Many designers are focusing on redefining it. The young generation is looking at it with keen interest and adopting various styles from crop tops to the sexy lace and jacket style to elegant retro.